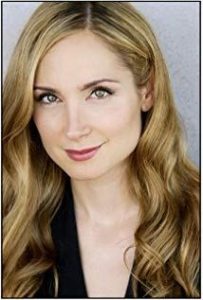 Our Connection: Robyn first met Alex Michaels through a casting call on Backstage. Although she is based in Los Angeles, she was in Cleveland doing a production of “Dial M for Murder” at The Great Lakes Theater. After reading the leading role of Chief Lena Turner, she was cast. They also discussed the greater plan of Prelude2Cinema to build the Cinema Industry in Northeast Ohio. Robyn is completely supportive of the mission for Prelude2Cinema and looks forward to being in the series “Out of Darkness: Cleveland” and helping Prelude2Cinema build a substainable cinematic industry in Cleveland, Ohio.” Although the story has changed and Robyn won’t be in “Season One,” we hope to bring here in for Season Two. 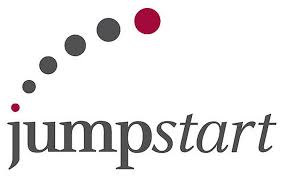 Our Connection: Many moons ago, we went to a meeting of a new organization named JumpStart. They were mostly involved in growing the tech industry here. Years later, JumpStart has proved a viable force in the entreprenuer community. While we are not a tech company, we have always found the team to be very helpful in reaching out to other types of business and providing them with resources and connections.

We are a member of their Core City Cleveland Program and have been making use of all the talent at JumpStart to further our Crusade.

Core City: Cleveland offers free one-on-one business advising services to any entrepreneur or small business owner who lives or owns a business in the city of Cleveland. In these free sessions, JumpStart advisors will help you identify key tasks for your business, develop a plan for achieving them and access the people and resources you need to grow. 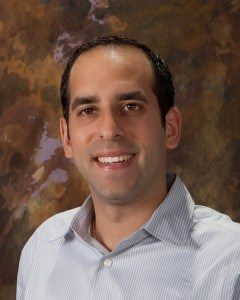 Our Connection: We first met Todd in a flower shop. He and partner Dar Caldwell had launched a meeting to bring help to young entreprenuers. The thing we liked best, and still do about Todd is his desire to help any type of business.  Read one of the many articles on the founding of LaunchHouse.

Todd Goldstein is an entrepreneur, investor and advocate for intellectual property rights for patent holders. In 2008, Goldstein co-founded LaunchHouse with the mission to invest, develop and foster promising idea-stage startups in Northeast, OH. Since Launchhouse opened its doors at its 27,000 sq. ft Coworking space in Shaker Heights, Goldstein has helped grow a diverse portfolio of 62 companies. To date, the Launchhouse portfolio companies have raised more than $25 million in follow-up funding. LaunchHouse is considered one of the most active early stage investors in Northeast, Ohio.

Our Connection: Michael was our first sponsor and we met when his bakery was on Buckeye. Alex pitched our TV series “Out of Darkness” to him and Michael wrote a check. His bakery had been featured on the Food Network and as a small business, he liked the ideal of helping out another entrepreneur.

The new, 3,500-square-foot space features a small retail storefront that opens up to a bakery where visitors can watch the scratch baking process. The traditional Hungarian bakery, a dying breed that once thrived in Cleveland neighborhoods, intends to ramp up its retail business. It will also continue to pop up at area farmers markets, make deliveries in Cleveland and ship orders by mail. 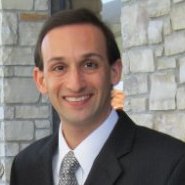 Our connection: We bumped into Dustin at a business event. He was nice and remembered us years later when we saw him again. Smart Business includes a lot of great, inspiring and helpful knowledge every month not just here in Cleveland, but in over a dozen cities. Smart Business also throws great networking events and Dustin has connected us with a lot of helpful support. He is also great in front of the camera and we have him playing an investigative reporter in our reboot of “Out of Darkness.”

Mr. Klein is the Publisher of Smart Business. Smart Business Magazine is a national chain of business management journals that offers insight, advice and strategy for C-level executives. Smart Business Magazine has over 14 regional publications that have featured more than 27,000 of the nation’s top CEOs, from Ted Turner to Mark Cuban, and received repeated accolades for journalistic excellence. Dustin has two decades of experience in the journalism industry. He is an award-winning journalist, detail-oriented editor, bestselling author & engaging speaker .

Read Smart Business Magazine and attend one of their events.

More Advisor Bios to come. If you wish to join our Advisory Team, email advisers@prelude2cinema.com