Thanks to NOCHE for the Nomination for “Coolest Internship” 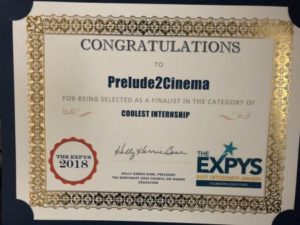 About our Intern Program

Tharun Hari is a simple package you can have for all your indie film making projects. Tharun is a story writer, director and cinematographer based in Cleveland and willing to associate with similar professionals and enthusiasts to harvest creative and entertaining short films and movies. Tharun has finished 3 short films and released it in his youtube channel. In addition to this, Tharun also does screen writing, story boarding, editing and coloring. Tharun is a open minded personality who can easily jell with the crew members and he is an excellent team player and coordinator. Tharun does constructive critics, welcome new ideas and makes sure his ideas are clearly conveyed to the target. Tharun holds a masters in Computer application and bachelors in Information technology. Tharun used his tech background to master in Adobe premier , Adobe audition , Davinci resolve , Imovie and many other online tools for film making.

Learn more about Tharun and watch his Movies

“Out of Darkness: Cleveland”

Prelude2Cinema brought aboard Interns to work on the Television Series “Out of Darkness: Cleveland” which is a reboot of the first dramatic series set and shot in Cleveland, Ohio. It was created by Emmy winning writer and award winning director Alex P. Michaels. The production will begin shooting regular episodes in January 2018, but it was important to lay the groundwork for the series and target an audience by creating an online presence.

The show and teaser was also profiled on a show on WKYC in Cleveland, “The Ana Show” which showed the teaser and an interview with the creator. WATCH THE INTERVIEW

Prelude2Cinema has been honored to work with great talent. If you wish to intern with us. Email interns@prelude2cinema.com

From the NOCHE EXPYS Event book

History of our Internship Program

Years before we became a corporation, we had Interns.
We are actually trying to remember how and who was our first intern. They say, “The memory is the first to uhm…”

One of the interns arranged for Kenyon College to pay for Alex to Speak at the College. Prelude2Cinema expects to continue its internship program during the Studio expansion and later bring aboard certain interns who perform well as company employees.

Certain Interns receive stipends, while Others volunteer their talents. Some interns receive High School or College Credit. Arrangements for credit must be pre-approved by the school. Most of our Interns have went on to employment in the movie or media industry.

Prelude2Cinema wishes to thank Cuyahoga Community College (Tri-C) and the Northeast Ohio Council on Higher Education (“NOCHE”) and all the other Individuals and Organizations for help in our Internship Program. Most of all, we wish to Thank our Past, Current and Future Interns.

We look forward to expanding and continuing our Program.

HOW TO JOIN THE PROGRAM

Use our Online Job Application to apply for the Internship Program.