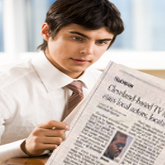 “I Shall Alert the Media.”

Members of the press are invited to contact us about interviews.

Event by Our Friends and Film Community

Saturday June 15th, 2019, our Executive Producer for “Out of Darkness: Cleveland” went to the 50th anniversary of the National Academy of Arts and Television Lower Great Lakes Chapter.

We also had an ad in the program book 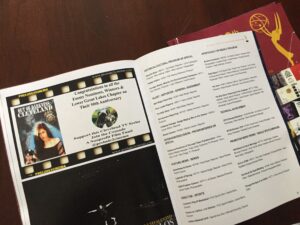 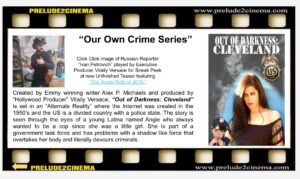 Prelude2Cinema was featured on WKYC (NBC in Cleveland) “The Ana Show” November 19th, 2017

Our segment begins in  “Businesses that Rock” at 11 minutes and 5 seconds.

Pitch from October 3rd, 2017 at JumpStart

Thanks to JumpStart for letting us be on their stage at the Open Mic Pitch.

Prelude2Cinema was a Finalist in Accelerate 2015:
In this video, see co-presenter Peter Lawson Jones in the beginning, then a clip from his and Studio Chief Alex P. Michaels making the Pitch “Bring Crime 2 Cleaveland.”

Our Founder Cleveland Cinema Czar wrote a Letter to the Editor of Crain’s Cleveland Business on their efforts to address Diversity in Business in Cleveland (our Hometown). They published it, and she also responded.

The Response from the Editor of Crain’s

Letters from our Community 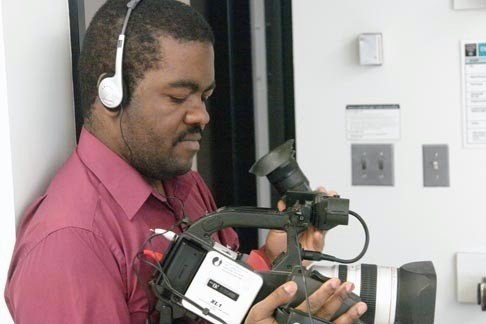 The Expys is a special awards program that recognizes the best Northeast Ohio internships and co-ops and the people that make them great. Prelude2Cinema was nominated Coolest Internship by NOCHE (Northeast Ohio Council of Higher Education)

Press Release on the 2018 EXPYS

Vitaliy Versace , Series Producer of our TV Series “Out of Darkness: Cleveland” is featured in an article about his movie “Beverly Hills Bandit.”

DiIorio even became a sponsor for a short-lived independent television show in 2006. Alex Michaels, who operates Prelude2Cinema, which focuses on local film production, said DiIorio was quick to support the project.
“We had a scene where our mayor meets at Massimo,” Michaels said. “The real mayor would do press conferences there so our fictional characters did a press conference there.”Owner of Massimo da Milano Tony DiIorio, sponsor of “Out of Darkness” and Cleveland Film Czar Alex Michaels.

DiIorio was “a great guy,” Michaels said. “He was really great to work with. He’s kind of a pip, straight-to-the-point guy.”

Press Summer 2017 about our TV Series “Out of Darkness: Cleveland”

Prelude2Cinema in Article April 22, 2016 about changes at LaunchHouse –READ HERE

Article by Marcia Pledger of the Cleveland Plain Dealer

This article got us money from a business sponsor for our TV show. It goes to prove, “We don’t care what you say about us. Just spell our Name right,”

Prelude2Cinema supported the Cleveland Food Bank at one of the screenings of our Festival “Prelude2Cinema presents..” and was featured in their newsletter.

Actress Sofia Plass created a web series “Secret Agent Sofia” and she has been a great supporter of the Food Bank dontaing her time and creating a program to help feed people. 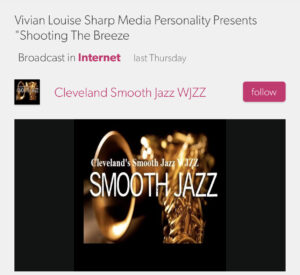 December 5th, 2019, Prelude2Cinema sat down for an interview with “The Big D Radio Show” and will be helping produce the show as well as working the Host, David Thomas into our TV Series “Out of Darkness: Cleveland”  The show features the world premiere of “Shaking the Senses” written exclusively  by Cristian Paduano for the TV Series. 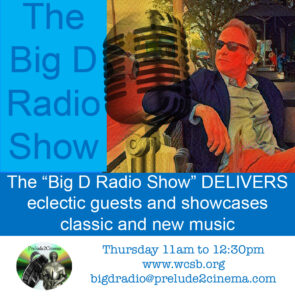 Click Link or HERE to Listen to the Show.

Lsten to “The Big D Show” every Thursday at 11am on WCSB and
Join the Facebook Page.

Prelude2Cinema returned to the “Laura Cowan Empowerment Hour“ with an update on our TV series. We appear 37 minutes into the series.

Prelude2Cinema Team from “Out of Darkness: Cleveland” was  LIVE on Radio Monday September 23rd, 2019 at 6pm. CLICK LINK TO LISTEN TO THE SHOW. Includes news on the October 2019 premiere of our TV series, our internship program and our Nonprofit fund to support filmmakers and those who wish to shoot in Northeast, Ohio. Prelude2cinema was a guest on Laura Cowan’s

Laura Cowan uses her personal testimony of triumph and survival to empower anyone who needs it.

Tune in to “Dear Ms. Laura” on WOVU 95.9 FM or go to www.wovu.org and check out the broadcast Friday September 20th, 2019 at 11:30am with guest: Film Director Alex P. Michaels of Prelude2Cinema April 2019, Alex Michaels was a guest on Voiceit radio

May 27th, Cleveland Cinema Czar Alex P. Michaels was a guest on ” The Advocate” on 1420 AM The Answer with Nick Phillips. He spoke on the little known story of how he got started, what he did when he left Cleveland and went to California and the State of Movies in Cleveland in 2018.